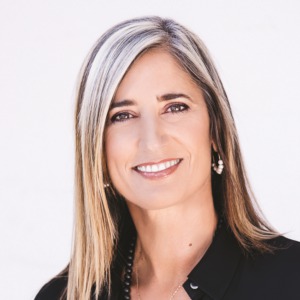 Beth Goodman is a longtime Santa Barbara resident who grew up in the area and attended local schools. As the daughter of both a locally respected Realtor and an architectural designer of merit, many people like to say that real estate runs in her blood. Entrepreneurial by nature, Beth founded several successful businesses in Santa Barbara. When she sold her flower shop in the mid 1990’s, a client, sad to see her go, gave her one of her longest held compliments and words she lives by to this day. He told her, “Wherever you go, you will always be successful because you don’t just sell flowers, you sell satisfaction.”

Originally licensed in real estate in 1986, Beth began selling properties full-time in 2007 as a real estate agent in Arizona. In 2011, Beth returned to her beloved hometown of Santa Barbara with her young family and began selling real estate in California. In 2015, she joined the top producing Bartron Real Estate Group and has been not just selling homes, but selling satisfaction ever since!

MLS #: 22-3934
Search All Area Listings
Advanced Search
Search by Neighborhood
Santa Barbara Properties
Residential
New This Week
Price Reduced
Recently Sold
Buying a Home
Is Getting a Home Mortgage Still Too Difficult?
BY Bartron Group
View All Blog Posts
This information is being provided for your personal, non-commercial use and may not be used for any purpose other than to identify prospective properties that you may be interested in purchasing. Data relating to real estate for sale on this Website comes from the Internet Data Exchange Program of the Santa Barbara Multiple Listing Service. All information is deemed reliable, but not guaranteed. All properties are subject to prior sale, change or withdrawal. Neither the Santa Barbara Multiple Listing Service nor the listing broker(s) shall be responsible for any typographical errors, misinformation, or misprints.