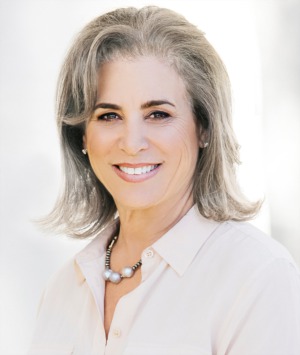 Ranked in the top ½ of 1% of agents nationwide (BHHS), Lorie has provided world class service and expertise for her clients for 30 years. She is widely respected among her clients and colleagues for her incredible negotiation skills and vast knowledge of all phases of the real estate business.

Lorie has held positions as Associate Manager, and Director of Training at Berkshire Hathaway HomeServices, California Properties and has provided mentorship and guidance for both experienced and new agents alike. She has also served on the Board of Directors at the Santa Barbara Association of Realtors, and on the Professional Standards Committee.

For over 35 years Lorie and her husband Kerry have raised two daughters and enjoyed the wonderful Santa Barbara lifestyle. As a passionate supporter of local nonprofits including LifeChronicles, BHHS Charitable Foundation the Santa Barbara Village, Girls Inc. and United Way, Lorie can often be found donating her time or water skiing at Lake Naciemento.

MLS #: 22-1777
Search All Area Listings
Advanced Search
Search by Neighborhood
Santa Barbara Properties
Residential
New This Week
Price Reduced
Recently Sold
Buying a Home
Is Getting a Home Mortgage Still Too Difficult?
BY Bartron Group
View All Blog Posts
This information is being provided for your personal, non-commercial use and may not be used for any purpose other than to identify prospective properties that you may be interested in purchasing. Data relating to real estate for sale on this Website comes from the Internet Data Exchange Program of the Santa Barbara Multiple Listing Service. All information is deemed reliable, but not guaranteed. All properties are subject to prior sale, change or withdrawal. Neither the Santa Barbara Multiple Listing Service nor the listing broker(s) shall be responsible for any typographical errors, misinformation, or misprints.